Of all the many tragedies related to COVID worldwide, few are more challenging than the thousands of people who have died alone, cut off from their loved ones in their last hours.

Survivors feel the loss and perhaps guilt; we can only imagine what the dying experience at that moment.

In the media, nurses express their anguish at being the only person at the deathbed.
All of this became personal on August 5th, at 4:00 am, when my Mom died peacefully in her sleep at the Assisted Living Center where she lived this last year. I was 1.5 miles down the road; my siblings woke with the news in Boston, Manchester, and Chicago.

In another time, we would have gathered around her bed. The COVID virus did not infect her, but it built the walls around Mom in her last five months.

When my Dad was in his last months, he asked if I would write a Fontenotes for him. He wanted to tell people what it was like to be dying, particularly his fellow physicians. He died gratified that so many listened.

Mom wanted a Fontenotes also. Over these two years, I asked her many times what she wanted to say, but she could never decide. In these seven weeks, I have been thinking a lot about dying alone, and I hear my Mom’s voice in that- so I will take this opportunity to complete my promise to her.

This is a very personal message, perhaps too private for many of my readers.

But if you have lost someone who you could not be with, or were alone at the bedside as the nurse, this is what I think my Mom would want me to say on her behalf.

All the Things We Can’t Complain About

Mom would be angry if I posted this as an attempt to garner sympathy or pity, far from it.

Mom died at the age of 95 after repeatedly saying she was ready to die. She was on hospice and well cared for by those nurses and all the caregivers at her Assisted Living Center. She had sufficient wealth to pick her living arrangements, and she died in the comfort of her home.

Far, far too many people who have lost loved ones during this pandemic can’t say any of the above.

But she was my Mom, she died alone, and that has compounded my grief.

When Dad died, we surrounded his bed and spoke to him through every breath to his last. I sat with his hand in mine until it went pale. We took turns whispering what we needed to say in his ear.

We gave him a Good Death.

I am sure that at any time, in any society, the elements of a Good Death are the same: comfort, surrounded by loved ones, maybe with smells and sounds and pictures that are meaningful.

That is the death many of us have come to anticipate, and that our families aspire to deliver. But I think Mom, a nurse trained in the 1940s, would tell you it hasn’t always been this way.

Have our perceptions changed over the years? Did all the studies and conversations about death in the 1970s change our culture?

Have we turned an ideal into an expectation?

Mom knew the rituals of nursing at the deathbed; I doubt she ever thought of her patients as “alone.”

I recall the patients I held vigils over. I remember the soft voices, gentle touch, and how my fellow nurses helped me attend to my patients with reverence at the point of death and immediately after. Were my patients alone?

Mom was checked every hour the night she died. At 3:00, she was sleeping peacefully. At 4:00, she was gone. Just hours earlier, she was dressed, placed in bed, wished good night- familiar voices were still in her ear.

I don’t think she was lonely when she died. I suspect Mom meant to die in her sleep.

I want to clarify that Mom was not casual about dying; she was scared. Verbally scared. On medication scared. But she also said she would know when it was time to let go, and by all outward appearances, she was able to do that- without struggle- in her sleep just before 4:00 am.

I am comforted by how Mom, in 1989, described her own mother’s death:

Nothing became my Mom more in her life than the manner in which she chose to die. She remained alert for the too many hours it took me to fly there and join my brothers at her bedside. I know she waited for me, and the time we four had together was as pure with love as any we had ever spent. Then she sent us away, saying she needed to rest. Having done that, she just closed her eyes and slipped away. I have never had a moment’s doubt that albeit unconsciously, she chose to die just when she did. Her bravery and unflinching commitment to dying just as she had lived, her way, and her terms touched me deeply and made me look afresh at this woman who was my Mom.

The four of us kids yearned to give Mom a Good Death like Dad. She would have died with her hands in ours and our tears on her cheek.

But truthfully? I think the fact that we weren’t there makes it harder for us, but I am not convinced that it made it worse for her.

I think Mom had her own definition of a Good Death- but blinded by rage over the isolation caused by COVID; I overlooked that. Mom died as she wanted to.

That possibility gives me peace.

If Mom were dictating to me right now- as I so wish she were- I think this is how she would end her Fontenotes: 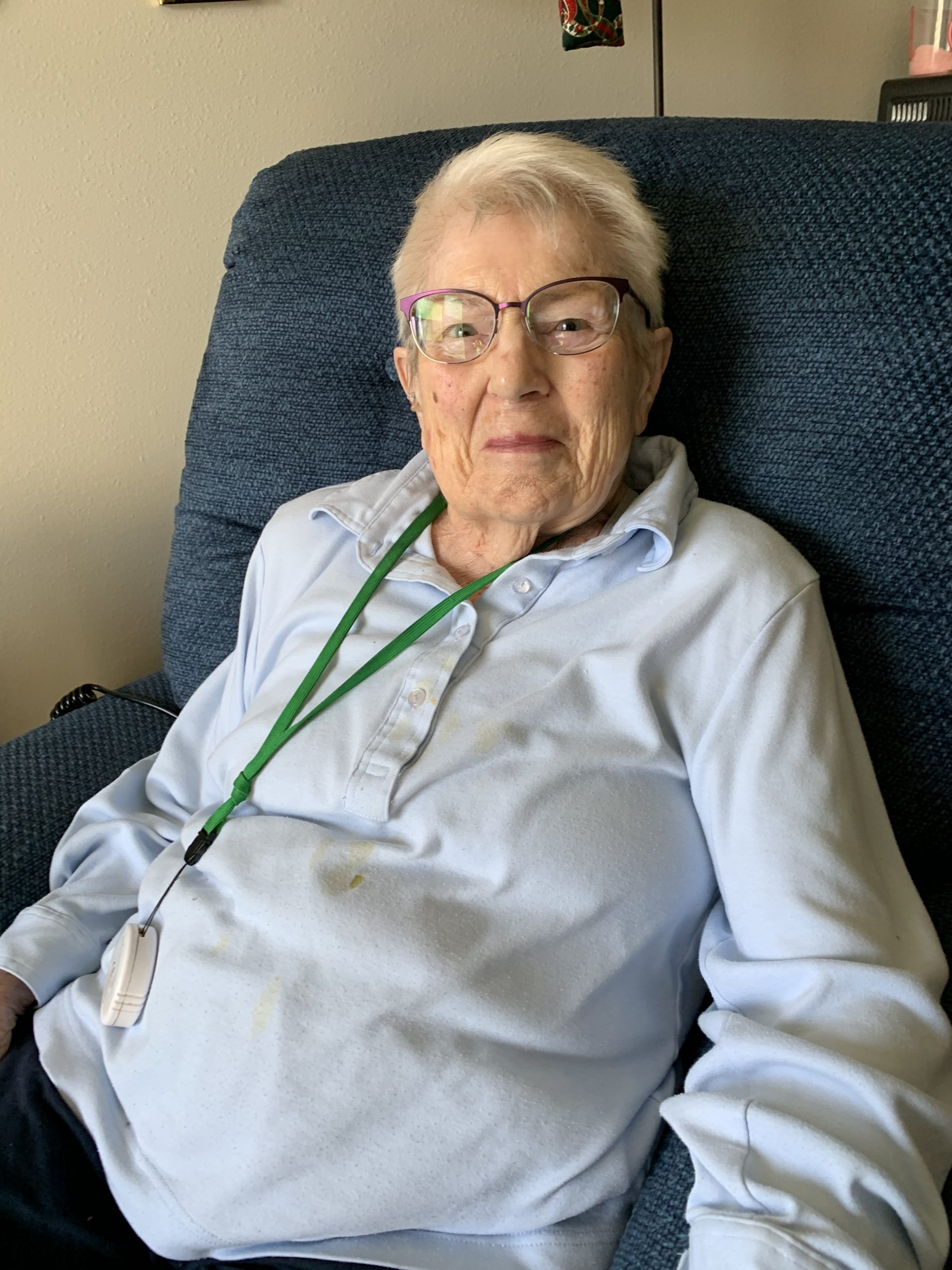 Mom’s greatest wish was to be remembered as “Wise and Kind.”

All of us who knew her can testify to her kindness- she was undoubtedly the wisest person I’ve ever known.

I hope I have conveyed her wisdom to all of you- and that she has been able to give you peace. It is what she always wanted most of all.