As we all head back to the hills, the beaches, and other favorite summer spots, it is important to remember that the U.S. Supreme Court is also winding down its year. The Supremes always release their most significant decisions in the second half of June.

In the world of health care, nothing is more important than the looming decision on whether “ObamaCare*” will survive or not. [*Please know I did not refer to the Affordable Care Act as “Obamacare” until President Obama called it ObamaCare. I do not mean it as a derisive term; it is what the average person calls the law.)

This case has almost vanished from the headlines since oral arguments occurred on November 10, 2020. Presumably, this is because most commentators determined from the questions asked by the Justices that “the Supreme Court is Unlikely to Crash the ACA” (that was the headline from the Commonwealth Fund, as just one example.)

Call me overcautious- but in law school, I learned that predicting a ruling based on oral arguments has the same scientific predictability as tea leaf reading. That is true even with an established Court; we are in uncharted territory with our new conservative-majority Court.

I will not rest assured until the case ends with an Opinion, a flurry in front of the Supreme Court building, and nightly news breaking stories.

The future of ObamaCare will be announced sometime in the next two and a half weeks. The Court’s decision is so imminent I don’t know if it will release between when I push the “send” button on this Fontenotes and when it reaches your in-basket.

Given the enormity of this decision’s implications on all of us, here is a reprint of what I wrote about the case (“California v. Texas”) last July- in response to the Trump Administration’s filing of a brief with the Supreme Court arguing to strike down all of Obamacare as unconstitutional.

Taking Down Obamacare- Why Now?

In December 2017, the Tax Bill reduced the ACA financial penalty for not being insured down to zero (The GOP-led Congress did not have enough votes to eliminate Individual Mandate itself).

The Trump Administration did not initially embrace that argument (but agreed with ending protections for people with preexisting medical conditions.) Eventually, in March 2019, the DOJ proactively joined the Red states in the fight to nullify Obamacare in its entirety.

The Federal Judge in Ft. Worth (who was already known to be antagonistic toward the ACA) ruled that Obamacare was rendered unconstitutional by reducing the tax penalty. The “Blue” states appealed.

The 38 states that expanded Medicaid pay 10% of that cost- the other 90% comes from the Federal government. That, presumably, will stop immediately.

Most people who purchased policies on the ACA Exchanges (also known as Marketplaces) receive a subsidy from the government to help them afford their insurance. That assistance will stop.

Children between the age of majority and 26 will be dropped from their parents’ policies.

Democrats also participated in repealing the Cadillac Tax and other taxes that funded the law and helped destroy the IPAB– the first truly independent body meant to control Medicare Spending (for more on that, see Fontenotes No 55).

Does that mean that the remainder of Americans will celebrate a Supreme Court Ruling against the law? 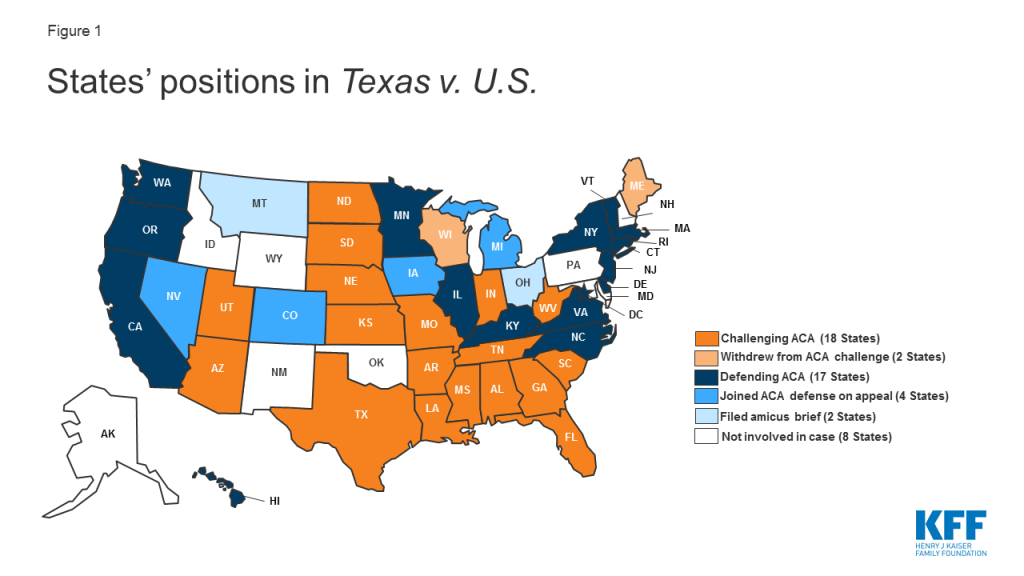